Been writing more PHP code lately, coming from a Java background, I like having getters/setters despite PHP typically just using public variables. A while back, I found this site that helps to generate code, but it was lacking in some features; especially when I preferred the pascal/camel case on my functions when the variables were named in snakecase.

The drawbacks of the previous solution: Michael Angstadt, would take private/protected variables, regardless of what type of naming convention and use a simple implementation that would just add the get/set in front of that variable to create the function.

What I wanted was to be able to transform snakecase (this is typically used in python, some api’s also seem to prefer it) to pascal case on the function names so that I wouldnt have to manually go in and change it. Also many times, I like having a constructor, which is tedious depending on how many variables are in the model. Also when outputting to excel, it’s nice to have a toArray function.

Unfortunately, it’s not a 100% code generation because PHP doesn’t really do type hinting, there is no way to really know if the variable is supposed to be a string or number or array – but most of the time, strings are good enough, so this generator outputs assuming that the variable is a string, which still requires some manual modifications, but it will handle 80% of the work.

Perhaps later in the future, I could build something to account for the different types. Other possible additions might be to generate a function to translate json into the model class.

Check it out here!
https://php.gregtam.com/

Lately I’ve been noticing that my WordPress has been getting hacked constantly (this site is run on WP). Even if I update it, there seems to be some backdoor that gets executed every month.

So recently I took a few extra moments to take a look at these attacks. On the surface these attacks are not sophisticated, they mostly target un-updated WP installations and install malicious payloads that has a signature similar to:
eval(base64decode(123413j234lk1j23adfa ...

Originally i started to write some scripts to remove signatures like this, but it seemed easier to re-use other’s code. I recently stumbled upon this:
Exploit Scanner
basically what this plugin does is it matches the current install with the vanilla version of WordPress and tells you if there are any differences – a very good way to detect modification of php code.

The other thing i do is that I track all my wordpress installs with git
everytime I install a plugin / update WordPress – i update my git with a commit, so if any of the WordPress installs get attacked, I can run:
git reset --hard HEAD to revert any changes made to the files and at the very least put me on a good baseline for cleanup

1&1 actually does some nice security scanning now. They detect attacks and then automatically lock the file so that it cant be executed on the web. In order to fix this – i usually do a:
chmod -R 777 * on the WordPress directory so git will have the right permissions to remove/delete files

Obviously you will need to have root access. Most of the time, if you are configured as an administrator on the Mac, you will be able to gain root.

What we are doing is Disabling the assessment subsystem altogether. Operations that would be denied by system policy will be allowed to proceed; assessment APIs always report success. Requires root access.

Lately I’ve been trying to run some load scripts that basically take data from mySQL and convert them to a Redis Luke Protocol. Part of the reason why I wrote it in Java was because the cached object needed to be Java serialized.

I ran into some issues while running some tests. It seems that my Eclipse memory heap was not big enough. Here are steps to increasing it. 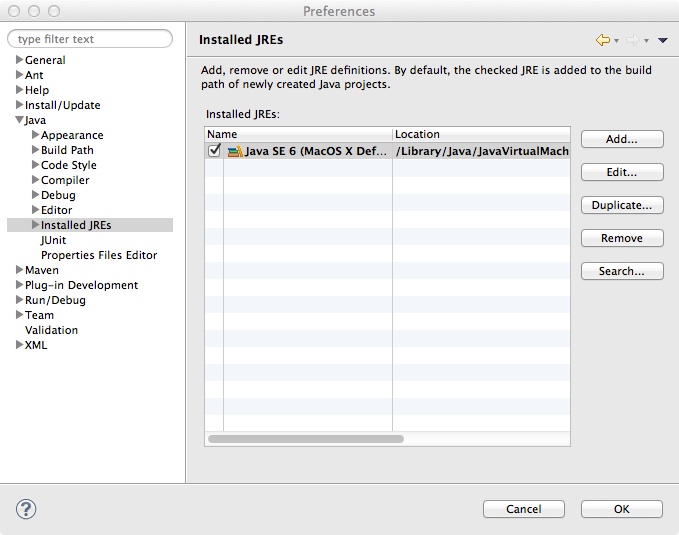 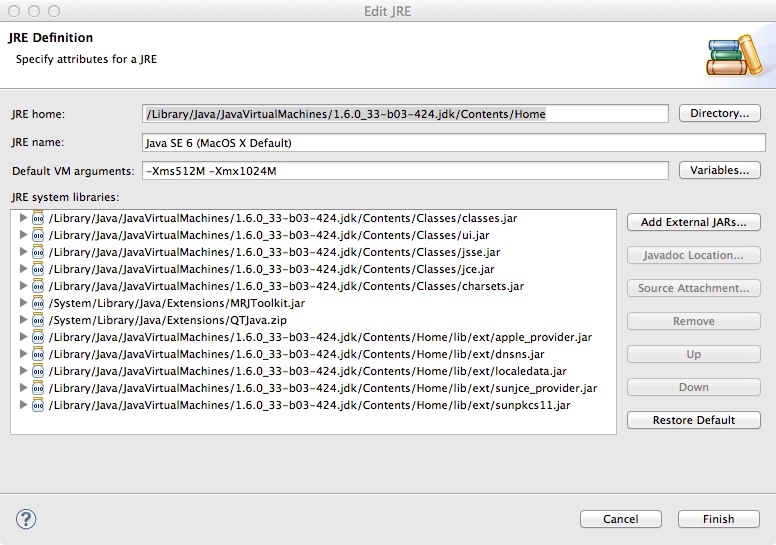 When attempting to use php micro frameworks on 1and1, the key is having the correct .htaccess file

was written in august 2012, it is now 2014 – it would be nice to see how the javascript frameworks compare. if we go with the premise that github is a good indicator of community, here are the new numbers:

If you are having concurrency issues as a result of high loads, something to check if the JVM is complaining about:

When you hear the words IE 8 or any derivative, you shudder at the thought of having to hack away at nice standards compliant code to get it to work. Unfortunately in an enterprise setting, you can’t just ignore the IE users. Microsoft has in-grained themselves in the big enterprises and IE is one of those staple products that you must support.

Today we (some other colleagues) learned that IE 8 running on Citrix, Windows Server 2003, does not like minified javascript. We had instances of it crashing/disconnecting the browser/session when attempting to invoke it inside an ExtJs application. Basically the ExtJs application has a hidden tab, that hits a standalone site, the standalone site contains uglify compressed code, whether its a processing limitation or a strictly IE behavior, we are unsure. we just know that if we don’t minify the code, it no longer crashes.

So beware of minify/compress on javascript if you wish to support IE 8. Also, if you are using grunt or uglify, make sure to turn on es3:true. 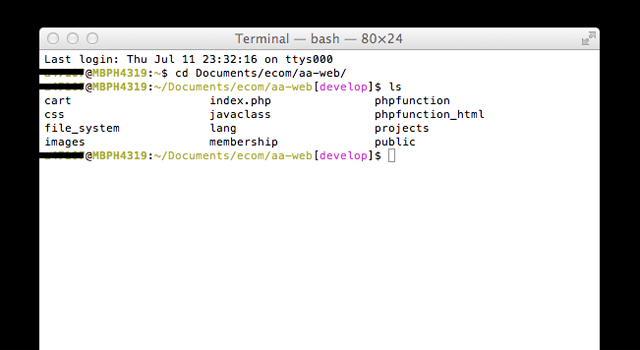 This lil hack really helps when using Git cli. Basically the script will auto-detect if you are in a git repository, display the current branch as well as different colors depending on the status.

You will need to put this in your .bash_profile (these are Mac OS X specific instructions, not sure how to do it on a Windows box, on a *nix box- you should be able to use .bashrc)

You can get it here

I was building stuff for production when I noticed that Coda, screws up javascript. Especially when typing things such as (c) it replaces it with a ©, which makes it difficult to troubleshoot. I’m switching over to TextMate.