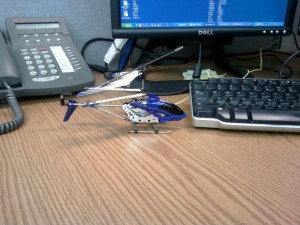 Recently I purchased the Syma S107G mini helicopter for $27.25 (helicopter). Its a very nice lil helicopter that holds its charge for about 6-7 minutes and has some pretty intricate parts. Unfortunately when you crash it a bunch of times as a newbie, it will start acting funny. Here are some ways to troubleshoot this guy.

Helicopter seems to fly, but flies in a slow circle

First thing to check is the connect buckets – see if they are connected from the balance bar to the main rotor assembly. 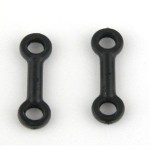 Helicopter lifts off ok, but immediately the blades seem to collide like it got shot out of the sky 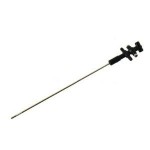 I actually fixed it one time, by super gluing the pins back on, but you have to be pretty accurate, easier to just buy the replacement parts. I found them on amazon prime for $10.88 (replacement parts)